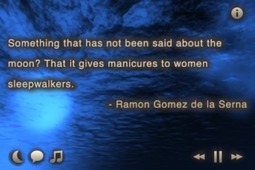 Published over 7 years ago

Moonlight available on the AppStore

Moonlight - the chill of the night coming to your iPhone, iPad and Mac

My next iOS app is coming soon on the AppStore. It's a climatic combination of moonphase calendar, moon quotes and a music player. It will be available for free and I find it to be a very cool project. A Mac version is also planned.

The new app will be called Moonlight and will be a moonphase calendar mixed with quotes about the moon, adequate soundtrack and even internet radio. 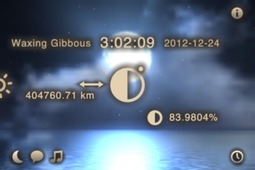 Moonlight combines some useful features that make it a great everyday companion. And of course, the Cloudless Engine is responsible for generating the beautiful night landscape. Combined with great soundtrack and carefully selected radio stations, it makes for a truly chilling, relaxing and addictive experience.

Moonlight will be available for free on all supported platforms. I've given it some thought and decided that more than anything I want this app to become more popular than Sky Blue. And not just to aid Sky Blue sales but also to become a fine product of its own.
I think that Moonlight is a nifty little app that, when released for free, may indeed gain some popularity and become a valuable asset in my app catalog. Coming weeks will verify this hypothesis.

Furthermore, Moonlight is planned to be released both on iPhones, iPads and Macs. This will make it my first app released on the Mac OS X. 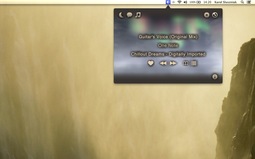 Mac edition was conveniently designed to be accessed as system menu icon. This way you can take a quick look at moon calendar, quotes or control the music playback regardless of what you are doing on your Mac.

Soon I will publish more info about Moonlight and add it to the app catalog so stay tuned!

My engine has been working on Mac OS X since its creation but I was discouraged to release any app on the platform because of following reasons:

As for the latter, I doubt that it will be an issue anyway, considering the amount of engine tweaks implemented to make it work on all currently supported iOS devices. Mobile PowerVR chipsets used in iPhones and iPads just have to be less forgiving in the terms of 3D and OpenGL usage. And they proved to be, believe me.

That and I have tested my engine on two Macs with ATI cards which have always been known for their poorly designed drivers and crappy OpenGL support. 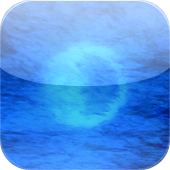 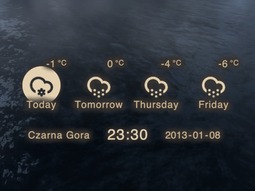