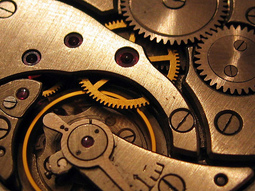 TextMate vs Coda vs Komodo Edit vs Sublime Text 2

Sorry for lack of any updates lately. Finishing web app mentioned in last post and creating the new one, which I've dived straight into, have successfully kept me busy and away from blog. Thanks to that hovewer, I have some new dev thoughts to share.

First of all, I've had a chance to try most of code editors which are available on Mac and have Ruby on Rails support. That includes TextMate, Coda, Komodo Edit and Sublime Text. I wasn't planning to try all of them in the first place, but after becoming more and more disappointed it became my personal quest to find something I can happily work with. Especially after using Xcode for iOS development, which in my opinion is an example of truly great IDE. I'll definitely post my subjective comparison of mentioned editors.

The new app, which I'm in the middle of developing, is all about shopping along with some classic parts (cart, order taking) as well as some unique ones - like all apps CS makes. But most of all, it gave me a chance to unleash my design skills in order to create some modern, eye-catching and beautiful outlook for this app. I took a completely new direction than with this website or with last ordered app. In proper time, I'll obviously post some screenshots here as well as more info about the app itself.

Lastly, I've finally became an owner of the new iPad. I've also already managed to spend a fair amount of $$$ on paid apps. Testing these apps took me some precious time, but then again - what can be more precious than playing one of the best games ever, which imho GTA3 is, on iPad? I might write some impressions about this wonderful iDevice in my spare time. If I'll ever have it, that is.